Swabbing is the name for using concentrated butane hash oil (or BHO). This is a relatively new method of taking/consuming cannabis, which involves inhaling highly concentrated tetrahydrocannabinol (THC), the main active chemical in cannabis. This concentrated form is produced chemically using butane oil. Butane is used to extract oils from cannabis.

Using hash oil with butane is not a new practice, but it seems to be gaining popularity, especially in the US, but also here in Australia. This increase in use is believed to be related to the liberalization of cannabis use in the United States and Canada1, 2.

The THC concentration in cannabis butane oil has been reported to be around 80% (compared to traditional cannabis, which is around 10-25%) 3. 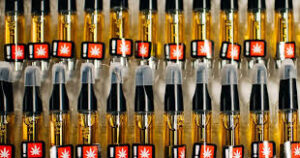 How is it used?

Cannabis is traditionally smoked in ‘joints’, ‘bongs’, or vaporized but these methods are not effective ways of consuming butane hash oil as it becomes a ‘runny liquid’ when heated. A specifically designed ‘bong’ commonly known as an ‘oil rig’ is commonly used.3

There is anecdotal evidence that indicates people believe dabbing is a safer method of cannabis ingestion as opposed to a bong or joint due to the high potency of dabs, which reduces the number of times it needs to be taken to produce a ‘high’.4

It has been reported that the home production of BHO (known as blasting) is hazardous as butane is flammable and highly volatile with a number of incidents such as explosions, fires, and severe burns occurring in the US.1

There is little known about the risks of ‘dabs’ compared to traditional cannabis but it has been proposed that the increased level of THC and the unique method of administration may increase the risk of dependence and intensify withdrawal symptoms. 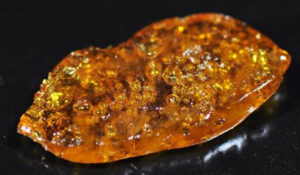 There is no safe level of drug use. The use of any drug always carries some risk. It’s important to be careful when taking any type of drug.

Butane hash oil affects every individual differently. Even the same person may have a different experience on separate occasions or over the course of their life. Some of the factors that influence these differences appear to be: 5

Low to moderate use of cannabis may produce the following effects:

High strength cannabis in the form of butane hash oil may produce the following effects: 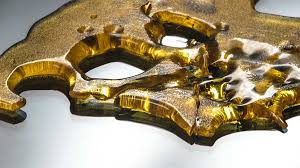 There is some evidence that the use of higher potency cannabis is associated with a greater risk of cannabis-related problems such as increased tolerance and an increase in the severity of withdrawal. Giving up cannabis after regular, heavy use over a long time is challenging because the body has to get used to functioning without it. Withdrawal symptoms may last for only a week, but sleep may be affected for longer. Symptoms can include9: