Getting Started with CBD: What is CBD?

What is CBD made of? – CBD Getting Started

CBD (cannabidiol) is a natural compound found in hemp. Hemp contains 113 types of cannabinoids, the main components of which are THC (tetrahydrocannabinol) and CBD.

THC and CBD have almost the same molecular structure, but their medicinal properties differ due to a major difference. To give a typical example, unlike THC, CBD has no psychotropic effect and does not lift the mood.

On the contrary, CBD does not have a psychotropic effect like THC, and is characterized by its sedative effect on pain and inflammation.

Why does CBD have no psychotropic effect? It’s because of the structural differences between THC and CBD.

Although it overlaps, THC and CBD have almost the same molecular structure, but the medicinal properties are different due to one major difference.

While THC has a cyclic structure, CBD has a hydroxyl group (see Figure 1 below), and due to this difference, THC has a stimulating effect and CBD does not. In fact, it is often used to mitigate the intonational effects of THC by relieving the stress and anxiety of CBD. 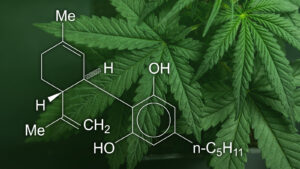 To get a better idea of ​​the effects of CBD, you need to understand how cannabinoids work on the human body. There are receptors called CB1 and CB2 in the human body, which make up the endocannabinoid system (regulatory function of mind and body).

This cannabinoid receptor is distributed in physiologically important systems such as the gastrointestinal tract, central nervous system, cardiovascular system, and immune system, and is activated only by cannabinoids.

Therefore, humans spontaneously produce cannabinoids called endocannabinoids in the body, and by binding to CB1 and CB2 receptors, they activate the body’s regulatory functions such as emotion, appetite, pain, and sleep.

From this, it can be seen that CBD is compatible with the human body. Our CBD oil is a natural medicine that the human body naturally likes and accepts.

CBD is also one of the endogenous cannabinoids that slowly breaks down anandamide, a “blissful substance.” Anandamide works to relax the brain and relieve stress, so CBD helps to tone both the body and mind.

In the case of other drugs, the active ingredient is limited to a specific symptom, but in the case of CBD, it is effective for various symptoms by acting on a wider range of physiological processes.

Stress and anxiety are negative for most people. However, stress is essentially an important adaptive response that helps prevent trouble and safely deal with looming threats. It can also be said to be an important function that helps people survive and adapt to their daily lives.

However, it is also true that if you do not deal with stress properly, you will be swayed by anxiety and the various emotions that result from it.

Anxiety is something that everyone has, but anxiety that cannot be wiped out can sometimes have a negative effect on the mind. CBD works to relieve typical anxiety symptoms such as:

CBD is thought to act indirectly on the endocannabinoid system and on serotonin receptors to relieve anxiety. CBD stimulates the hippocampal region of the brain when ingested by the body.

The hippocampal region is involved in anxiety and cognitive function, and good effects can be expected by stimulating this region and forming nerves.

Hemp products have long been used to treat neurological disorders, but research has only begun as a real treatment only recently, when some studies have shown the value of CBD.

The FDA (Food and Drug Administration) has so far approved CBD-derived drugs for the treatment of one of the epilepsy symptoms, but research is still in progress and more medical institutions will fully approve it. Will take some time. 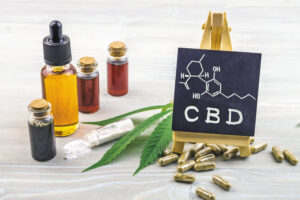 Many patients with epilepsy taking CBD have long-term significant suppression of seizures, and it has been found that when used in combination with other treatments, the effect of CBD on certain epileptic symptoms is amplified. I will.

One of the main expected effects on CBD is analgesic. Especially in the sports industry, CBD oil and other products are used to treat local pain and have become the main market for CBD.

CBD not only relieves pain and inflammation and promotes recovery of overworked muscles and joints, but can also be used to relieve chronic pain and treat arthritis. Oils and ointments have recently become a hot topic as painkillers, but tinctures are also effective.

Risks and side effects

According to the WHO (World Health Organization), there are no public health issues associated with the use of CBD, and there is no evidence that regular use leads to addiction.

Symptoms such as nausea, dyspepsia, and edema may occur, but they are mild and easy to deal with. If you experience more serious symptoms, stop using CBD immediately and consult your doctor.