Hemp vs Marijuana:similarities and differences

For centuries, hemp has been closely related to human history, satisfying a wide variety of needs. Hemp fiber, seeds, flowers, and stems have played an important role in historic events around the world. Columbus, for example, could never have reached America without strong hemp ropes and sails. And throughout history, education in China was fostered by the use of cheap hemp paper to spread information. 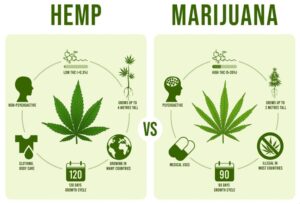 Finally, hemp has provided medicinal relief to millions of people over the past 5,000 years.

However, in 1961, the United Nations “blacklisted” hemp, resulting in a worldwide ban on growing the crop. THC (the content of psychoactive cannabinoids) was discovered in 1964 and joined the list of banned substances in 1968. It was not until 20 years later that scientists in France, which has a strong tradition in growing hemp, developed strains with very low THC content, allowing the plant to be reused for food, fabric and building materials, etc. without legal complications. That scientific development was accompanied by strong lobbying in the European Parliament, ultimately resulting in new regulations allowing EU countries to grow industrial hemp with a maximum THC of 0.3%.

Industrial hemp is currently defined as strains with less than 0.3% THC (some countries set the maximum at 0.2%). Strains with a level lower than 0.3% are eligible to be registered in the EU Common Catalog of agricultural plant species that can be produced as an industrial crop.

Legislation for the cultivation of hemp is not yet common in all EU countries. In some countries, farmers have to acquire a special license, in others they just have to inform local authorities and government departments that they intend to plant hemp. Generally speaking, in the EU, hemp growers are obliged to use seeds that have been certified by seed breeders to guarantee low THC content (0.3%). Seed sellers are required to submit certain documentation in a process that establishes a form of legal protection for producers against prosecution. 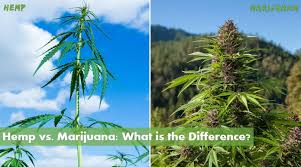 In the field, hemp and marijuana are barely distinguishable. Marijuana, known by a variety of slang terms such as “maría”, “grief”, “herb”, etc., comes from the dried flowers of female cannabis plants that contain (technically) more than 0.3% of THC, although most of the marijuana used for medicinal and recreational purposes is taken from plants with a much higher concentration of THC. Medical marijuana has been legalized on a limited basis for cultivation in some member states, under government supervision.

While the EU has yet to recognize marijuana as a legal substance, European standards on industrial hemp basically define it as less than 0.3% THC.

Despite the fact that marijuana prohibition since 1961 has hampered Cannabis research, many benefits of using the plant have been identified, especially for medical uses. 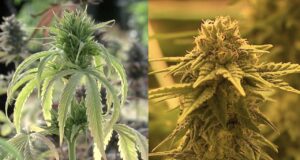 Medicinal applications of Cannabis include the treatment of:

To give a more complete picture, it should also be noted that Cannabis carries some risks to mental health.

The potential of hemp

Despite the fact that the hemp industry has made great strides in recent years, there is still not enough awareness among politicians, officials, and public authorities. This means that legislation lags behind, as well as the rules for growing and processing hemp. Inconsistencies in the methodology used for sample analysis and the requirement to guarantee content also slow progress.

But hemp offers a wide variety of benefits, ranging from job creation and economic development to certain medical and wellness applications. It is also used to make excellent fabrics and offers a sustainable alternative to the construction industry.

Hemp in the field

As a crop, hemp is perfectly sustainable; it absorbs CO2 and has been shown to be effective as a remedy for deforestation.

The environmental benefits of growing hemp:

Because hemp, if properly processed, can be a high-yielding crop, it holds promise for development in declining rural areas. It also offers an excellent opportunity to develop highly localized “distributive” economies where neighbors negotiate with each other. As an excellent rotation crop, it can help diversify local agricultural production and provide local jobs.

It is interesting to note that the demand for cannabidiol (CBD), which comes from low THC hemp plants, has been shown to be effective in treating some diseases and health problems. As a result, the CBD market has grown exponentially in the last two years, accompanied by a lot of hype. CBD is derived from hemp plants with a high percentage of CBD.

Much work remains to be done in the development of CBD, as until now the majority of industrial hemp in Europe was destined for the fiber and seed oil markets. The list of approved European hemp varieties, which currently numbers more than 50, does not contain a single strain grown for CBD.

Hemp flowers have applications in herbal products for health and beauty, and in the food market, especially in green tea. Foods based on hemp seeds offer a balanced content of important nutrients.

The flowers and leaves of legal hemp strains do not contain psychoactive THC, but they do contain cannabidiol (CBD) and more and more studies show its positive effects on the immune system. It has been shown to be effective for insomnia, digestive problems, headaches, joint pain, and respiratory diseases.

Essential oil (from seeds) is used as a flavoring additive in the food industry, but it has also found its place in the cosmetic industry. A mixture of essential oils with oil obtained from hemp seeds is used for relaxing massages and anti-inflammatory effects.

Hemp construction and much more

Shives, or hemp, from the core of the stem, can be used for everything from animal bedding to car interiors. The main market for shives continues to be litter for horses and other animals. Construction with “hempcrete” (a combination of hemp and natural lime) results in truly green construction and a healthy environment that absorbs CO 2.

The market for hemp used in biocomposites for elements in the interior of cars has shown its stability. Companies like Audi, BMW, Mercedes, and some of the French automakers use biocomposites in the interior of their mid-range and luxury vehicles. Some contain up to 25 kilos of hemp fiber. They are competitive with traditional plastics and have obvious environmental benefits.

Hemp has long been used in textiles, rope, and paper.

Latest posts by waseem fazal (see all)
cbdhemphemp vs manaarijumarijuana
Prev post What are CBD toothpicks? It's important to be careful when using CBD
Next post CBD vs THC: What’s the Difference?