What is Weed used for? 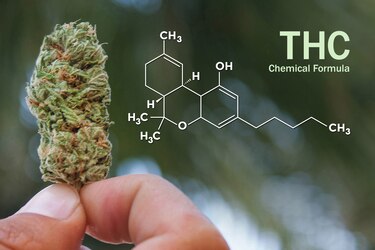 Medicinal weed (also called medicinal cannabis) is a term for derivatives of the Cannabis sativa plant that are used to relieve severe and chronic symptoms.
Cannabis sativa contains many active compounds, but two of them are of medical interest: THC (delta-9-tetrahydrocannabinol) and CBD (cannabidiol). THC is the main ingredient in marijuana that gives people the “high”.
US federal law prohibits the use of the entire Cannabis sativa plant or its derivatives for any purpose. CBD derived from the hemp plant (<0.3% THC) is approved for use under federal law.

Many states allow the use of THC for medical purposes. Federal marijuana laws supersede state laws. Because of this, people can still be arrested and charged with possession of medical marijuana.

Whether you want pre-rolls, flowers, or other CBD products like vapes, gummies, topicals, or edibles, Weed Delivery DC can provide what you need. In fact, you can also order THC-based products on your doorstep.

How does weed work?

Medical marijuana can be:

Marijuana leaves and buds contain substances known as cannabinoids. THC is a cannabinoid that can affect the brain and change your mood or consciousness.

Different varieties of marijuana contain different amounts of cannabinoids. Sometimes this makes the effects of medical marijuana difficult to predict or control. The effects can also vary depending on whether it is smoked or eaten.

weed delivery near me offers some of the best weed in and around the Washington DC area. They use software, tech, and excellent delivery systems to get your weed delivered quickly and efficiently.

What conditions can it be used for?

Medical marijuana can be used to:

Some small studies show that marijuana may relieve symptoms in people who have:

Smoking marijuana reduces the pressure inside the eyes, a problem associated with glaucoma. But the effect is not long-lasting. Other glaucoma medications may work better to treat the disease.

That is because marijuana is one of the most tightly controlled substances under US federal law. The US government considers it to be a  Class I drug, meaning the DEA considers it to have no medicinal value. It’s on the same level as heroin and LSD. To do research on marijuana, scientists need approval from various federal departments. And approval is rare.

Most studies of marijuana focus on the harm caused by the drug. Studies on its medicinal properties are minor, in preliminary or observational stages at best.

Here are 10 of them, based on the conditions people commonly use medical marijuana for.

Medical marijuana and some of the plant’s chemicals have been used to help Alzheimer’s disease patients gain weight, and research found that it lessens some of the agitated behavior that patients may exhibit.  In a study of cells, researchers found that it slowed the progress of protein deposits in the brain. Scientists believe that these deposits may be part of what causes Alzheimer’s disease, although what causes the disease is not yet known.

A  study of 58 patients using marijuana derivatives found that they had less arthritis pain and slept better. Another review of studies concluded that marijuana can help fight pain caused by inflammation.

The studies are contradictory. Some cell work showed that smoking marijuana could dilate the airways, but some patients experienced a feeling of tightness in the chest and throat. A study in mice found similar results.

Animal studies showed that some marijuana extracts can kill certain cancer cells. Other cell studies show that it could stop cancer growth,  and with mice,  THC, the psychoactive ingredient in marijuana, enhanced the effects of radiation on cancer cells. Marijuana can also prevent nausea that often accompanies chemotherapy treatment.

Some studies in animals and humans show that cannabinoids can have a  “substantial analgesic effect. ” They were widely used for pain relief in the 19th century. Some cannabis-based drugs, such as Sativex, are being tested in multiple sclerosis patients and are used to treat cancer pain. The drug was approved in Canada and in some European countries. In another study, which included  56 patients, scientists observed a 30% reduction in pain among those who smoked marijuana.

In a small pilot study of 13 patients observed over three months, researchers found that inhaling cannabis improved the lives of people suffering from ulcerative colitis and  Crohn’s disease. Helps relieve pain, limited the frequency of diarrhea, and helped with weight gain.

The use of medical marijuana extract in early trials at  NYU Langone Medical Center showed a 50% reduction in the frequency of certain seizures in children and adults in a study of 213 patients recently.

Glaucoma is one of the leading causes of blindness. Scientists have investigated the impact of THC on this disease on the optic nerve and have found that it can lower eye pressure, but it is possible that blood pressure is also lowered, which could damage the optic nerve due to reduced supply of blood.

Using marijuana or some of the plant’s chemicals could help prevent muscle spasms, pain, tremors,  and stiffness, according to the early stages of observational studies, most of them with animals. The downside: It can affect memory, according to a small study of 20 patients.

What You Should Know About Rapé

Everything you need to know about Gymnastics

The global cannabis packaging market to reach $1.6 billion in 2023

Four Reasons to Try Delta-8 Over Other Hemp-Derived Sources

How can CBD enhance my day to day life?

How To Tell If Topicals Are Really Working