Does cannabis interact with antidepressants? 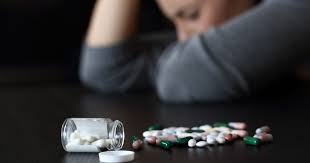 Cannabis may lead to a feeling of relaxation, reduced stress, and, of course, better mood. As a result, people suffering from depression or anxiety are much more likely to use cannabis than those without these conditions.

In addition to taking prescription antidepressants such as Zoloft, Prozac, and Wellbutrin, many people with these conditions also smoke marijuana. Because of this, it is important that both health care professionals and patients understand potential interactions between the two.

Yet, there have been few rigorous studies published that examine how antidepressants work together closely, despite research investigating connections between cannabis use and mental disorders. Despite comprehensive searches of Google Scholar and PubMed, few studies are relevant to this topic. In fact, even the National Institute on Drug Abuse (NIDA) website does not provide much information.

Psychotropic Medications and Substances of Abuse Interactions in Youth is a report authored by researchers from the Division of Child and Adolescent Psychiatry at the University of Connecticut Health Center. Researchers state that while one might presume that patients would experience adverse effects when taking psychoactive drugs and psychotropic medication, there have been (astonishingly) few reports documenting adverse effects as a result of the combination of the two.

There may be so few reports because adverse events are “relatively rare” or “don’t occur”; in addition, “newer psychotropic medications have a relatively high therapeutic index” – as a class of drugs, they are less likely to produce adverse interactions. Additionally, the authors noted that a lack of awareness or recognition may confound results, and some patients may be afraid of stigmatization if they disclose their cannabis consumption.

While older antidepressants carry a high risk, newer antidepressants may carry low to moderate risks when mixed with marijuana. RxList, an online index of drugs published by WebMD, characterizes the risk as moderate and advises patients who consume cannabis to “be cautious” and “talk with [their] health provider” when combining it with antidepressants.

It is important to determine whether a particular drug or a combination of drugs produce side effects and how the drug will affect a patient’s behavior or mood. This is one of the most significant variables when a patient combines drugs. Patients who combine numerous substances have a much harder time isolating their individual effects from each other. Doctors often prescribe one drug and then add another later.

Psychotherapist Allan Schwartz, PhD, a licensed clinical social worker in Colorado and New York, recommends that, (particularly in severely depressed patients) people abstain from cannabis and other substances during antidepressant therapy for depression or anxiety at least temporarily.

At times, I was able to convince patients to stop their marijuana use for a few weeks in order to determine whether there was an improvement in mood, says Schwartz. Individuals were surprised, but admitted that they felt a real improvement in mood and functioning as a result of the treatment.”

Patients who are depressed are also more likely to misuse cannabis or to transition from occasional to chronic use. Anxiety and depression are actually two to eight times as prevalent in those who use cannabis.

According to some physicians, patients who use cannabis or alcohol during treatment-especially those with bipolar disorder or severe depression-are more likely to miss out on their prescribed medications and behavioral interventions, such as cognitive behavioral therapy, psychotherapy, etc.

In his experience, Schwartz has seen patients go on and off medication, often with disastrous results. “I have seen patients go off their medications for bipolar disorder, use marijuana, and end up rehospitalized in worse form than they were before the relapse,” said Schwartz. “I have observed, in fact, that many of these unfortunate patients suffered multiple relapses, along with periods of instability in between.”

Cannabis and specific types of antidepressants: Side effects possible

Each class of antidepressants comes with its own set of side effects and possible interactions besides these generalized risks. An overview of the most common antidepressant classes and their associated risks is provided below based on a review of scientific literature.

Depression is most commonly treated with SSRIs such as Prozac, Paxil, Zoloft, Celexa, and Lexapro. The side effects of SSRIs are less common than those of many other types of antidepressants.

Cannabis appears to have few adverse interactions. A few isolated case reports have fueled speculation that combining cannabis and SSRIs can increase the chance of hypomania – a mild form of mania – in vulnerable populations (e.g. people with bipolar disorder). However, most physicians prefer SSRIs because of their relatively low likelihood of adverse drug interactions.

The two most common examples are Cymbalta (Duloxetine) and Effexor XR (Venlafaxine).

Due to the newness of this class of antidepressant, adverse interactions between cannabis and SNRIs are rare.

There are several examples of this medication (Wellbutrin, Aplenzin, Forfivo XL). One notable aspect of NDRIs is that they are largely free from sexual side effects. Other uses include treating ADHD and quitting smoking.

The number of adverse interactions has been very low.

Transylcypromine (Parnate), phenelzine (Nardil), and isocarboxazid (Marplan) are some of the drugs used to treat depression. Several foods and medications interact adversely (and sometimes fatally) with MAOIs, which has led to their being dropped from treatment lists altogether.

The most commonly prescribed medications are imipramine (Tofranil), amitriptyline, doxepin, and trimipramine (Surmontil). Though more people report unwanted side effects with tricyclics than newer antidepressants, tricyclics are less common than MAOIs in terms of reported side effects and interactions. They are therefore often prescribed to patients who have failed to respond to other treatments.

Amitriptyline was prescribed to a 17-year-old boy who had depression and insomnia. A search of the teenager’s bedroom and conversations with his friends led to the conclusion that cannabis was the only other substance he had been using. For a quick heartbeat (tachycardia), he was taken to the ER.

In her report, the attending physician cautioned physicians against prescribing tricyclics to patients who use marijuana or other drugs if such adverse interactions are not addressed. There have been other reports citing similar concerns.

A sedative is not technically an antidepressant. The prescribing of sedatives to patients with depression is common, however. Sedative medications such as clonazepam (Klonopin), lorazepam (Ativan), phenobarbital (Donnatal), and zolpidem (Ambien) can also result in sleepiness. These effects can be amplified when cannabis is used in combination with certain medications.

The risks are even greater for patients who suffer from severe depression (or bipolar disorder). It is important that individuals take these risks into account when using cannabis.

In summary, patients should be aware that while low doses of THC can produce desirable effects (such as euphoria and relaxation), high doses can do the opposite, such as cause anxiety (or even a panic attack).

It is believed that CBD counteracts many of the adverse effects of THC, and that it may prove helpful in battling anxiety, depression, and other psychiatric disorders. Thus, you should seek out strains high in CBD if you experience anxiety or depression while using cannabis.

How to start a cannabis dispensary

How to start a cannabis dispensary